During our research week, Ashe and I (along with the other grant recipient Kirk Smith) received guidance from the amazingly well-informed staff. Particularly helpful to us were Melanie Zeck and Janet Harper. Both of them were always available to give us information, whether it was a name of a performer or composer that we should look into, books and scholars to explore as another avenue of inspiration, or cultural events throughout the great city of Chicago. One of these events was an exhibit of the paintings of Archibald Motley. 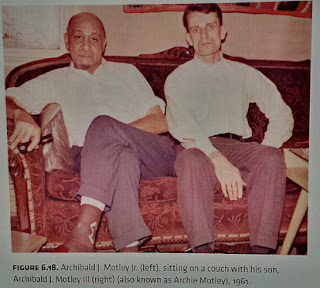 Just like President Barack Obama, Archibald J. Motley Jr. (1891 - 1981), was of a mixed racial makeup that included direct African and European backgrounds. He grew up with his family in a  quiet middle class neighborhood in Chicago that did not emphasize racial disparities. Consequently, throughout his life he never identified as with any racial label, but used his art to delve deeper into racial stereotypes and the politics of skin tone. Of these works, the portraits of mixed race women were of a particular focus for him. 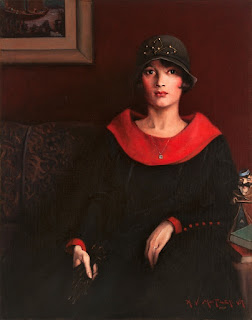 During his time, labels such as "octoroon" or "quadroon" or "mulatto" were used in abundance, even though it was difficult to exactly determine these qualities simply by looking at skin. Motley's portraits embodied this message, along with other piercing critics regarding race in the United States of America. Ashe and I were so moved by this exhibition that we decided to base Castle of our Skins's next Call for Proposals on works of visual art by Black artists.

Other suggestions (just to mention a few out of many, including the Helen Walker-Hill books mentioned in the previous post) were the music of Akin Euba and Fred Onovwerosuoke. Both still living, these composers represent their native African countries very well in their clever, moving music. The suggestion of these composers has lead me to look into the music of other African composers, like Fela Sowande and Samuel Ekpe Akpabot and Halim El-Dabh. So much good music to discover!

On a final note, doing this research has uncovered to me how much improper documentation exists for Black composers. I often came across contradictory birth dates, contradictory or missing death dates, contradictory titles and instrumentations, and many pieces that have been lost. One such death date gave Ashe and me a bit of a pause. We came across some pieces by Dr. Lettie Beckon Alston that are perfect for the COOS Collective - the flexible ensemble that is a part of our organization. In our search for her contact information, we came across the news that she had passed away, yet online source after online source did not mention this (and they still do not). She passed away in 2014. Luckily for us and the world, she left behind some wonderful music. 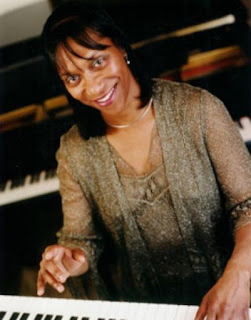 Posted by CastleSkins at 3:51 AM