The fame of the eloquent, extremely intelligent, popular (and justly so) abolitionist Frederick Douglass usually eclipses the success of his contemporary William Wells Brown. In 1853, he published a fictional novel in London called Clotel, which is considered the first novel published by an African American. 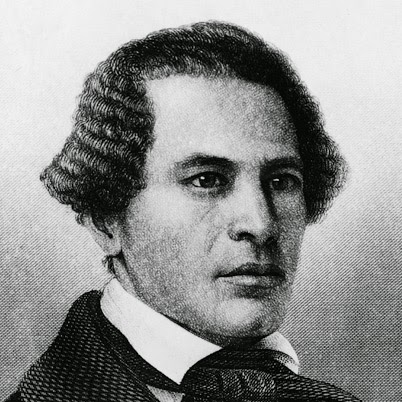 Brown himself was a slave who escaped to the north when he was 20 (in 1834). After working with some abolitionists in America, he traveled to England with his daughters in 1849 to lecture against slavery. The following year, the United States passed the Fugitive Slave Act, and - for fear of his and his family's safety - Wells stayed in England, only to leave in 1854 when his freedom was purchased. During his time in England, his daughters gained the education he never had, and Brown became a prolific writer in many genres (including plays and travel writing). He also documented the text of many songs sung at Anti-Slavery meetings in a compilation called The Anti-Slavery Harp; A Collection of Songs for Anti-Slavery Meetings. (It is also worth while mentioning that his personal slave narrative, published two years after Douglass's, was also a US bestseller, second to that of Frederick Douglass's.)

Along the lines of important success being eclipsed by popular (and equally important) success, the work of the Boston Female Anti-Slavery Society and other anti-slavery societies around this juncture in time is worth more attention. 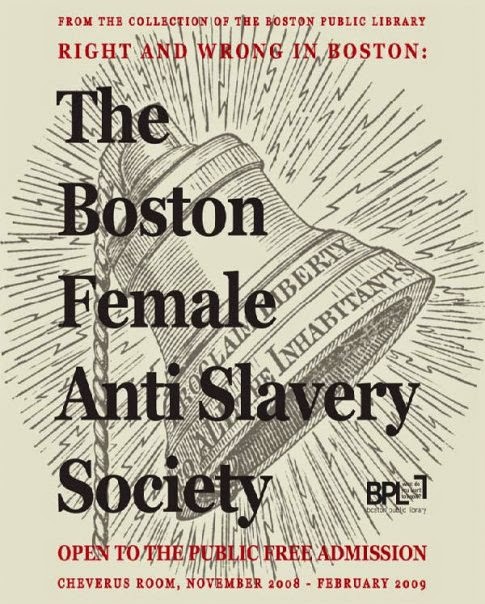 During its seven year history - from 1833 to 1840, it managed to hold 3 national women's conventions, develop a large petition campaign, brought litigation upon southerners who brought slaves to Boston, and raise money through successful, elaborate fundraisers. Their preamble was the following:

"Believing slavery to be a direct violation of the laws of God, and productive of a vast amount of misery and crime; and convinced that its abolition can only be affected by an acknowledgement of the justice and necessity of immediate emancipation, - we hereby agree to form ourselves into a Society TO AID AND ASSIST IN THIS RIGHTEOUS CAUSE AS FAR AS LIES WITHIN OUR POWER".

This particular group was interracial, and provided further momentum for other anti-slavery societies at the time, including the Salem Female Anti-Slavery Society (which was begun by a group of Black women, and expanded to become interracial after 2 years).

Posted by CastleSkins at 2:34 AM